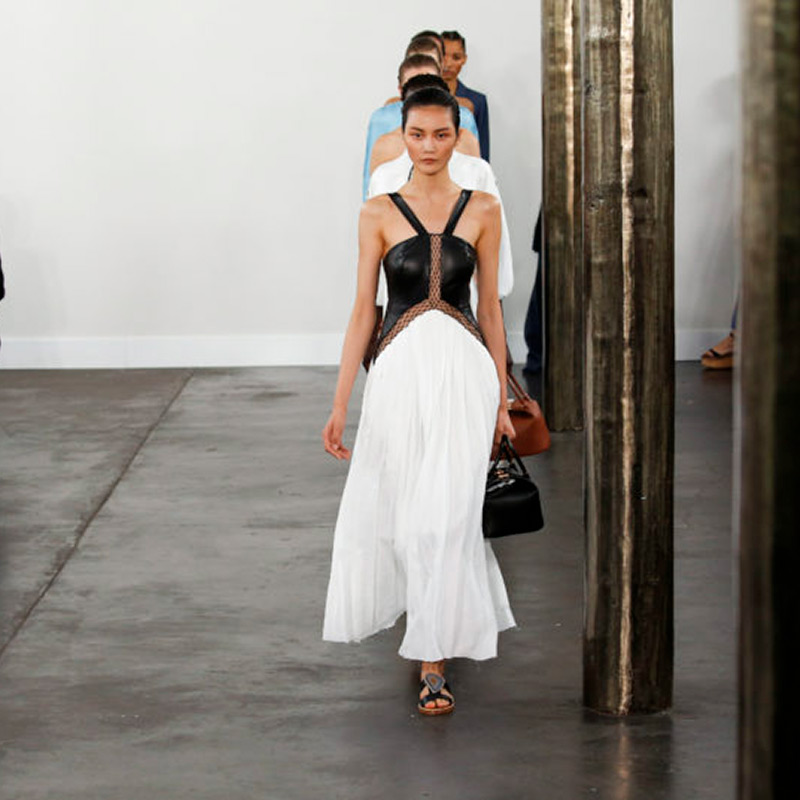 While many may argue that style trends are cyclical, 2019 was the year that fashion found several new identities. Whether it was sustainability becoming a war cry or everyone rallying for inclusivity; red carpet and runway looks garnering more virality than ever or the passing away of icons, 2019 will always hold its own in fashion history. If you think we are exaggerating, here are the 10 biggest, most impactful fashion moments that defined the last year of the decade.

Fashion as an industry has often been accused of eco insensitivity, but 2019 was a landmark year that saw mega labels pledge their support for the environment in a more concrete way than ever before. In September, Gabriela Hearst’s SS 2020 show in New York, and Gucci’s in Milan went fully carbon-neutral. Gucci’s parent company Kering also announced that the group was working towards becoming carbon neutral. Maria Grazia Chiuri of Dior ensured that all the elements of her SS 2020 show were recycled and Prada announced that it was going fur-free. At her SS 2020 show, British designer Stella McCartney debuted Koba, a sustainable faux fur made with a corn by-product blended with recycled polyester, which is set to reduce the brand’s carbon footprint.

Closer home, one of the foremost sustainable fashion brands declared. LIVA is a new-age, eco-friendly, nature-based fabric by the Aditya Birla Group, made of cellulosic fibers. While LIVA is synonymous with being a soft, comfortable fluid fabric that drapes well, the brand is committed to maintaining the earth’s green cover. LIVA is biodegradable, made of viscose, produced using wood pulp from trees which are grown specifically for this purpose, thereby saving up 6-7 times more land than used in growing cotton and 3-4 times more water. Birla Cellulose which is the pulp and fiber business of Aditya Birla Group is the first viscose manufacturer to declare carbon neutrality in greenhouse emissions. 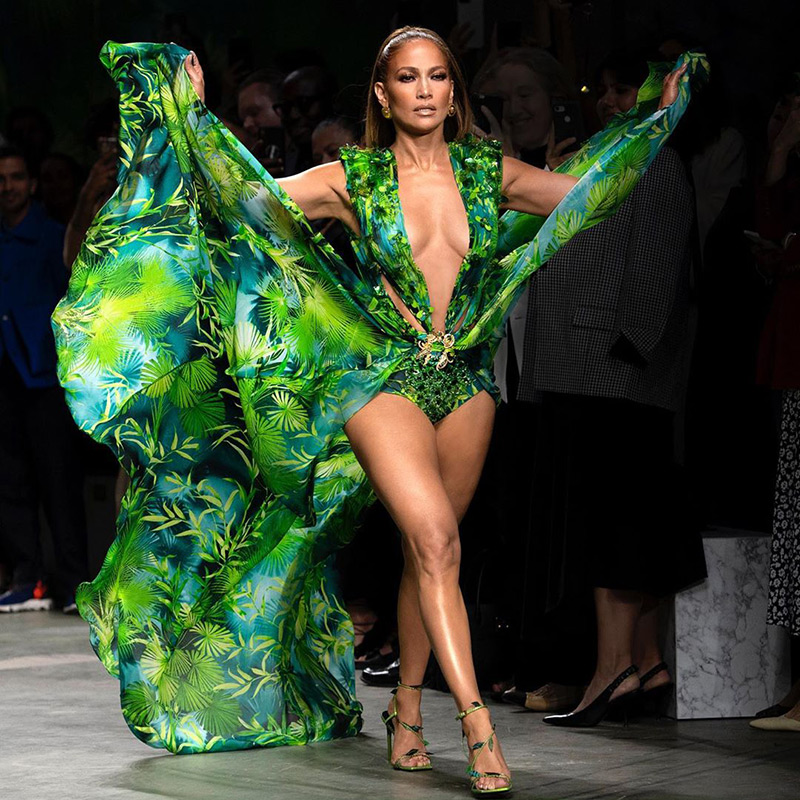 For Versace’s Spring 2020 show in Milan, Lopez took to the runway wearing a version of the famous jungle dress that catapulted her to global fashion consciousness in 2000. So much was that dress she wore to the Grammy’s searched online that it gave Google the impetus to develop Google Images as a search tool. 19 years later JLo recreated that moment as she sauntered down a meandering runway in a silk chiffon bamboo printed dress cut down to the pelvis. Going by the trend wheel, tropical prints now cut across seasons. In case if are drawn to then,  then why look far? Aartivijay Gupta’s rich repository of casual wear in her signature eclectic prints and patterns will not disappoint you. 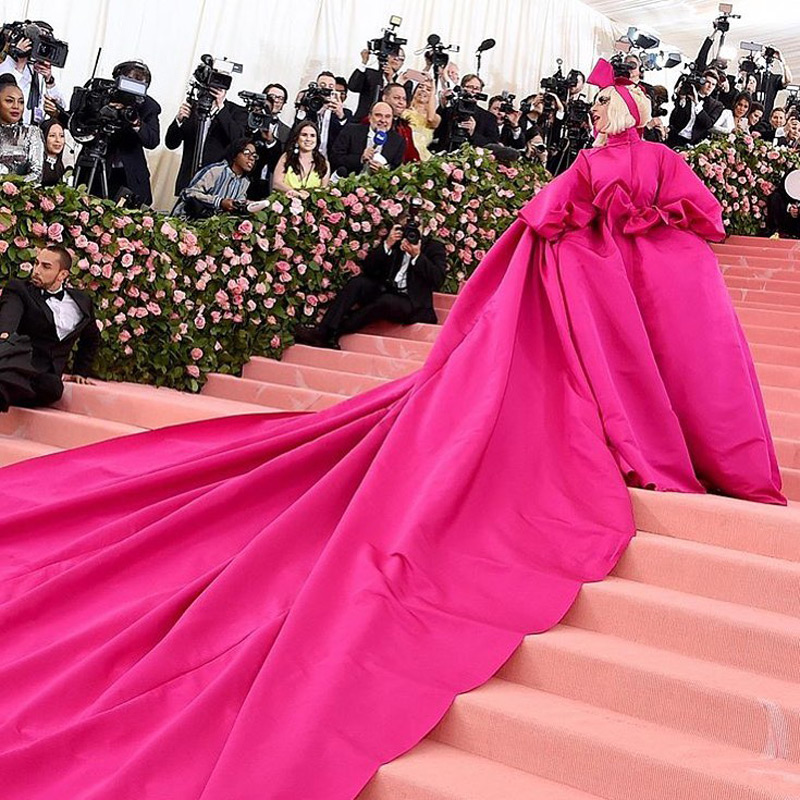 Calling the Met Gala the Oscars of fashion won’t be an exaggeration. And when an Oscar winner turns her red-carpet appearance here into a performance, it’s certainly a spectacle to savour. Lady Gaga did just this in May. Collaborating with long-time friend and designer Brandon Maxwell, the singer’s appearance involved four costume changes, starting from a massive hot pink cape to a black strapless gown, to a pink column gown, finally ending with the fishnets-and-boots look. 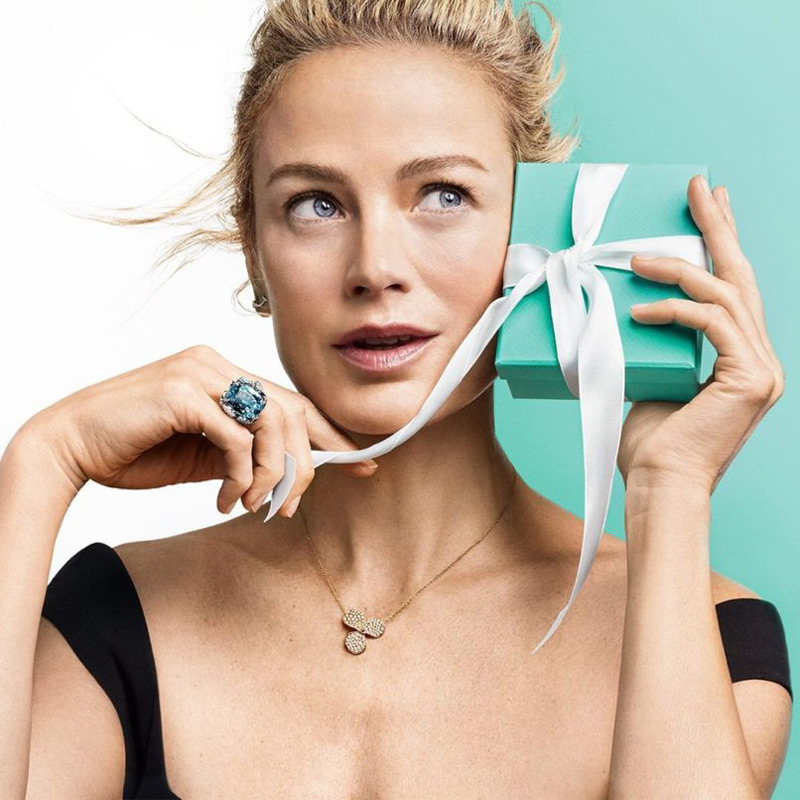 You don’t have to be a jewellery aficionado to recognise Tiffany’s iconic robin-egg blue boxes. One of the biggest buyouts of the year included Tiffany’s acquisition by the Louis Vuitton Moet Hennessy (LVMH) group for a whopping $16.2 billion. Tiffany became the latest entrant in the LVMH cluster of prestigious brands, which includes labels like Louis Vuitton, Dior, Moet & Chandon, Celine, Givenchy, Fenty Beauty, and Bulgari watches. Fun fact: Tiffany’s is set to open in India at The Chanakya, New Delhi. 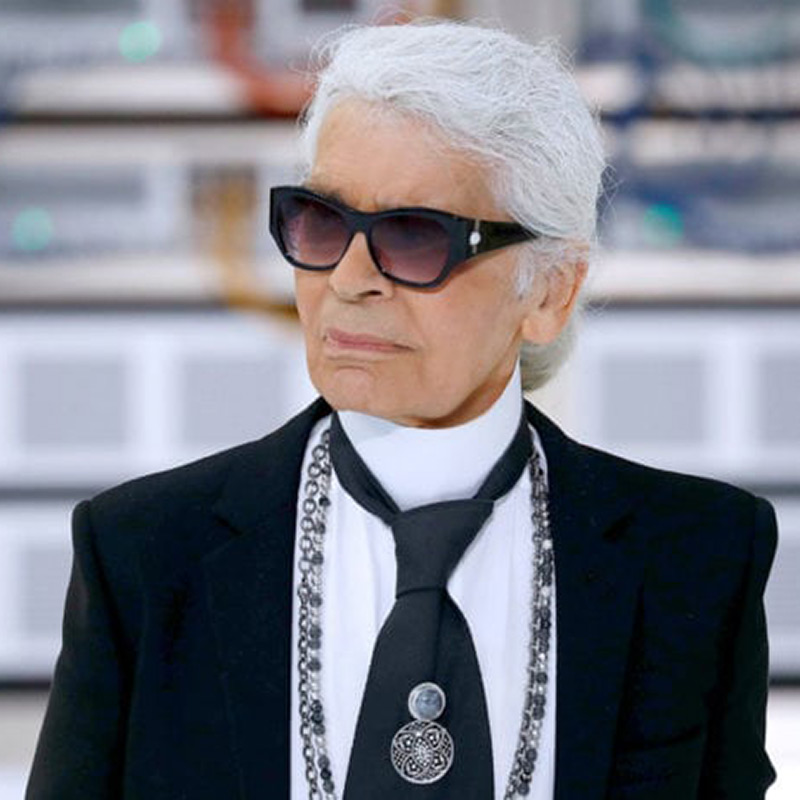 Fashion changed forever in 2019 with the passing of Karl Lagerfeld. One of the most influential and prolific designers of the 21st century, it was under his creative direction led Chanel and Fendi scaled new heights. His take on tweeds, ethereal campaigns, and the stunning metiers d’art shows, and understanding of the evolving millennial market, put him in a league, nay we say placed him on a pedestal, that few have been able to reach.

With his dramatic creations worn by Hollywood royalty, Giambattista Valli may have been known as a couturier to stars but it was in 2019 that he truly became a household name. His collaboration with Swedish retail giant H&M saw the Italian designer release a capsule of multi-tiered gowns, ruffled blouses, logo-emblazoned hoodies, shirts, tailcoats, and beanies. The collection was first teased in May when Kendall Jenner was seen in a hot pink dress at Cannes, and when the line launched in November, it saw an unprecedented frenzy, largely attributed to the way Valli gave couture an everyday wearable spin that was accessible to all. 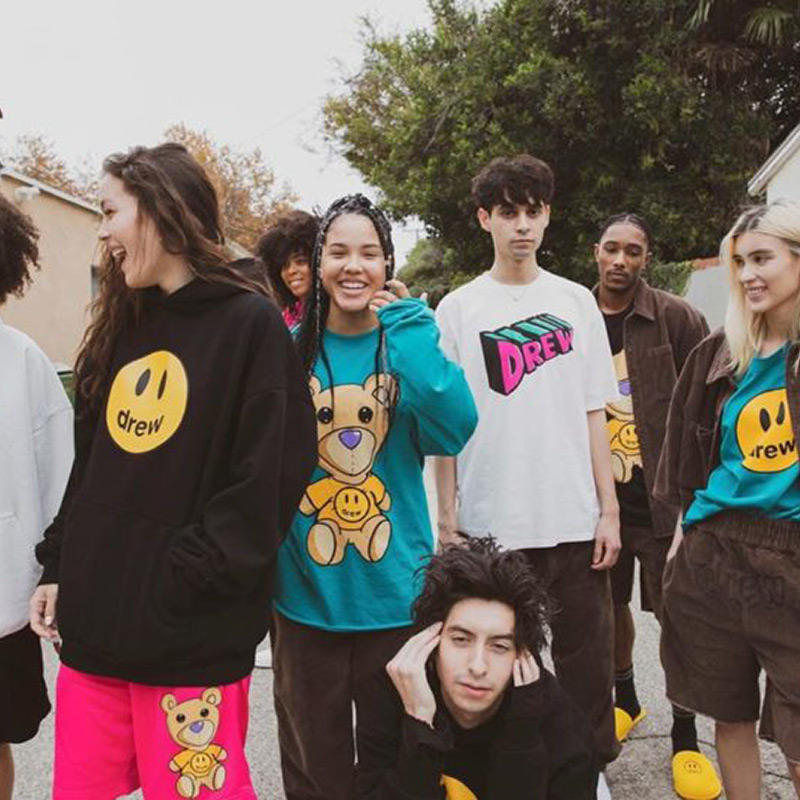 Joining the league of stars such as Jennifer Lopez and Kim Kardashian West was singer Justin Bieber who launched his street-style label, Drew House. Characterized by an affordable range of casual wear, including T-shirts, pants, and sweatshirts, all in tones of beige and featuring graphics and slogans, the millennial-friendly label quickly became every millennial’s go-to brand. 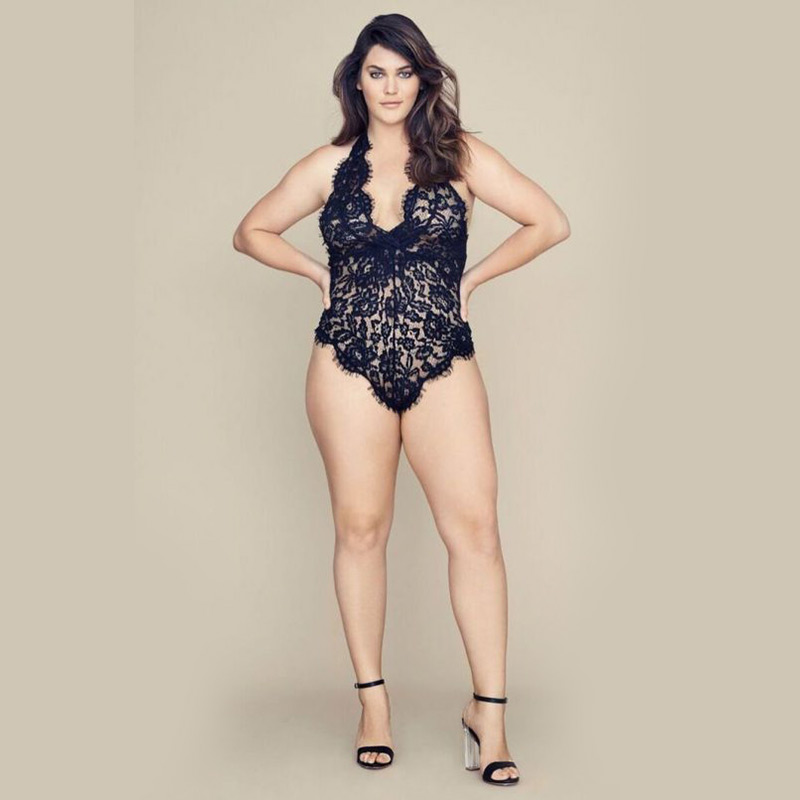 Lanky, slim models clad in risqué and bejewelled lingerie walking down the runway might be the first image that comes to mind when one thinks of Victoria’s Secret. Over the years, the most popular name in women’s lingerie had acquired a certain image owing to its selection of ‘model’ models like Adriana Lima, Lily Aldridge, and Noami Campbell, decried by many as not representing real women. This year, Victoria’s Secret addressed that. In October, the brand collaborated with London-based lingerie company Bluebella and featured their first size US 14 model Ali Tate Cutler in their campaign. The inclusion signalled not just change in their policies but also how the global image of fashion is transforming.

2019 will be remembered as a year when fashion became inclusive. From plus-size models on the runways of Prabal Gurung and Christian Siriano to Chanel casting 25-year-old Teddy Quinlivan, a transgender model, in its beauty campaign, fashion became everyones — for all body shapes and identities. As a direct result, there was also a deeper awareness of how to dress for one’s body type. See what Myntra Fashion Superstar Tanumita Ghosh has to say about understanding what styles work for you. 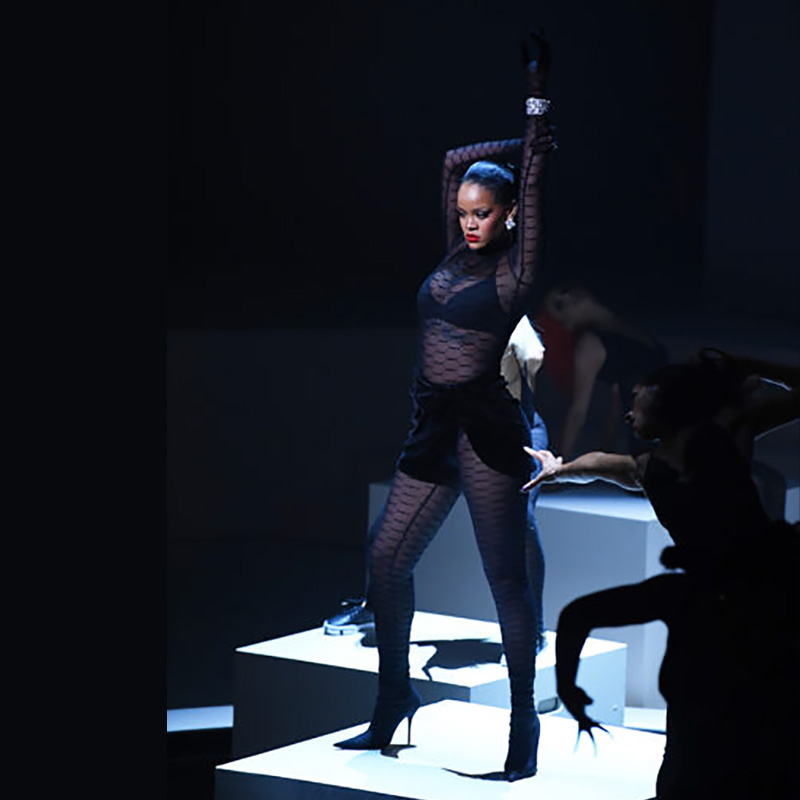 Every Fenty show is a spectacle, but Rihanna’s last Savage x Fenty collaboration reimagined the way people view fashion shows. On September 18, it was streamed on Amazon Prime so that every Fenty fan could have front-row access. The second show of the label starred A-list supermodels such as Alek Wek, Bella and Gigi Hadid, Christian Combs, Laverne Cox, Paloma Elsesser, Slick Woods, Cara Delevingne, and Joan Smalls along with actress Normani Kordei. And of course, some of the biggest names in the music world – DJ Khaled, Big SEAN, Fat Joe, and Tierra Whack — performed at the star-studded event.

All Images have been sourced by Lifestyle Asia