Fashion, FOR THE SUPER WOMAN, To Celebrate, To Learn, Who Loves
Share on

“I would say that each of us has only one thing to gain from the feminist movement: Our whole humanity.” – Gloria Steinem

As we usher in another decade, it’s time for women to recognise the unending potential that lives within them—and as a fashion brand, that’s what we aim to do. Our fluid fabric defies all norms of conventional materials and is designed keeping the new age woman in mind who doesn’t feel weighed down. LIVA always believes in celebrating the ‘real’ you, and this International Women’s Day 2020, we are putting the spotlight on women around us who are committed to making a difference in the world.

Here’s a shout-out to all the women who inspire us—you keep pushing us forward! 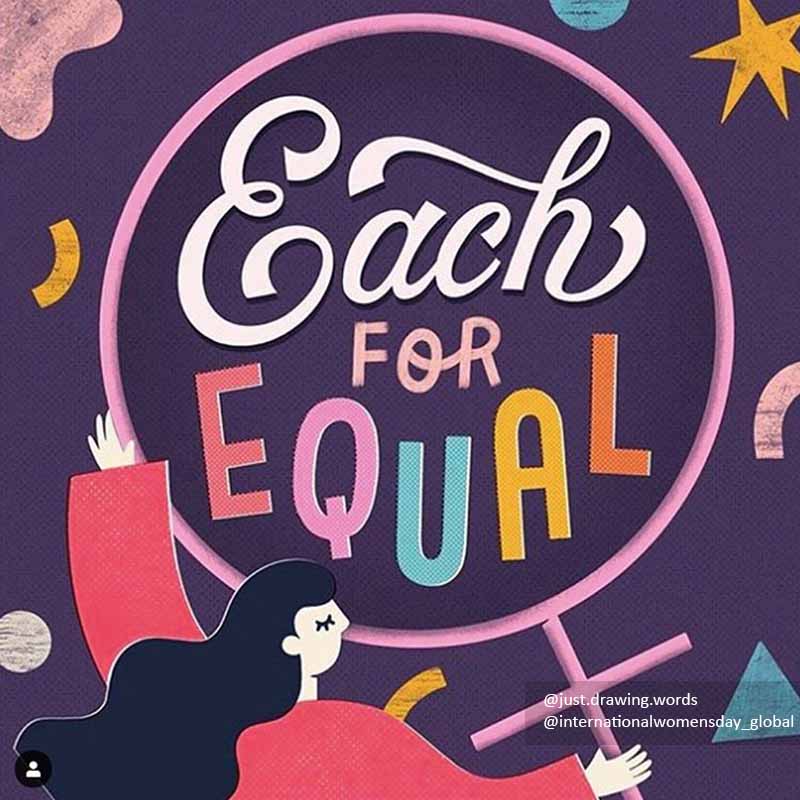 From 11-year-old climate activist Ridhima Pandey who challenged the Indian government’s claims to protect the environment to 67-year-old physicist, ecologist and activist, Vandana Shiva, India is steadily seeing a rise of feminine warriors who are proudly using their voice to create awareness about global issues, age no barrier.

“Development to large extents in the world has led us to a climate catastrophe.” . . Ms. Sunita Narain, Director General at the Centre for Science and Environment, urges young people to discuss the issues of development, to encourage and inculcate the opinions of diversity and make development more inclusive. It is on the Generation Z to become a Generation of Solvers, the Generation S. . . #GenS #Solvers #GenZ #environment #natureturks #smartcities #development #sdg #globalgoals #unitednations #sunitanarain #centreforscienceandenvironment #cse #india #government #youngturks #changemakers #youthdevelopment #skills #diversity #explore #inspirational #leader #GenZisGenS

Championing for sustainability is 59-year-old environmental activist Sunita Narain, who has dedicated her life to the green concept of sustainable development. Narain currently works as the director general at research institute, The Centre for Science and Environment, and was awarded the Padma Shri by the Government of India in 2005.

Not so long ago, we applauded the efforts of fighter pilots Mohana Singh, Bhawana Kanth and Avani Chaturvedi who created history as the first three women to be inducted in the Indian Air Force. And quite recently, the Ministries of Science and Technology and Women and Child Development announced their intention to set up chairs in institutes to honour early 20th-century women scientists. The best part? These chairs are only for women researchers!

Though the UN has deemed 2030 to be the year that will finally see the expiration of gender inequality, Indian women are already paving the way for a better future through dedicated efforts in their specific fields.

Inspired by all the woman awardees!!

Neera Nundy, co-founder of a philanthropic organisation Dasra, is dedicatedly working on bringing about social change in India through collaborations and partnerships with international stakeholders.

Meera Gandhi, founder of The Giving Back Foundation, is another force to reckon with. Gandhi’s foundation aims to uplift and empower young women and children and also addresses illness, poverty and suffering.

Sqn Ldr Shikha Pandey started playing cricket as a child and took up cricket professionally only at the age of 18 during the second year of her engineering studies. She represented Goa and South Zone in her initial playing days and went on to captain both Goa and South Zone Senior Women’s Teams. She realised her childhood dream of dawning a soldier’s uniform and serve the Nation when she was selected to join the Indian Air Force. After successfully completing her training, she was commissioned in the Indian Air Force as an Adm/ ATC Officer on 30 Jun 2012. Sqn Ldr Shikha has represented India in all three cricketing formats. As one of India’s most accomplished all-rounders, she has played a key role in the Indian cricket team’s rise on the world stage over the past years . She was a member of the Indian Women’s Team that took part in the ICC Women’s World Twenty20 in Bangladesh in 2014 and in India in 2016. Sqn Ldr Shikha has played a pivotal role in the Indian Team’s journey to the finals in the Women’s World Cup held in England in the year 2017 proving to be the team’s dependable wicket-taker. Sqn Ldr Shikha has represented the country with great pride and honour and continues to enhance her reputation across the cricketing world. She has recently been contracted by the BCCI for the year 2019-2020 and has also featured in the ICC Women’s ODI Team of the Year 2019. She has also been selected to represent India in the T-20 World Cup to be held in Australia in February this year. Her journey in Indian Air Force as a proud Air-Warrior has been no less inspiring. She was, in fact, selected in the Indian Women’s Cricket Team two years after she was commissioned in the Indian Air Force. “Indian Air Force gave flight to my dreams”, she says and adds “playing for my country is a passion realised and donning the Indian Air Force uniform a is dream come true”. Indian Air Force wishes Sqn Ldr Shikha Pandey the very best in her future endeavours.

Coming to sports—a space where men have dominated for far too long—we’re steadily seeing up-and-coming sportswomen displaying unparalleled strength and tactics on the field. Shikha Pandey took up cricket professionally at the age of 18, while also following her dream of working in the Indian Air Force. This February, she represented India in the T-20 World Cup held in Australia.

24-year-old Dutee Chand has been bringing pride to India ever since her first sprint in the under-18 category in 2012 that made her a national champion. Last year, she became the first Indian sprinter to win gold at the 2019 Summer Universiade held in Italy. In 2018, Chand won India’s first silver medal in a women’s 100-m race at the Jakarta Asian Games since 1998.

Wishing everyone a very happy Republic Day ??. Our national flag means so much to me and on such occasions I find myself to be really lucky as I get to represent this beautiful country at the international level. #republicday?? #?? #ald4

A post shared by Loitongbam Ashalata Devi (@ashalatadeviofficial) on Jan 25, 2020 at 8:36pm PST

Loitongbam Ashalata Devi, Indian women’s national team captain, is yet another powerful stalwart whose efforts have taken the Indian football team to higher levels. Last year saw her lead the team into the Olympic 2020 Qualifiers Round 2 and winning the 2019 SAFF Championship title.

Anshula Kant, former MD and CFO at SBI, was appointed as the first female Managing Director and CFO of the World Bank Group. #AnshulaKant #WomenEmpowerment #WhoRunTheWorld

India may have one of the lowest female labour force participation rates as compared to other countries, but even then, Indian women in the corporate sector are reigning in glory. Anshula Kant’s success story is a prime example—she is the first woman ever to hold the position of a Chief Financial Officer at the World Bank Group.