6 real women reveal how they are redefining societal tags

6 real women reveal how they are redefining societal tags 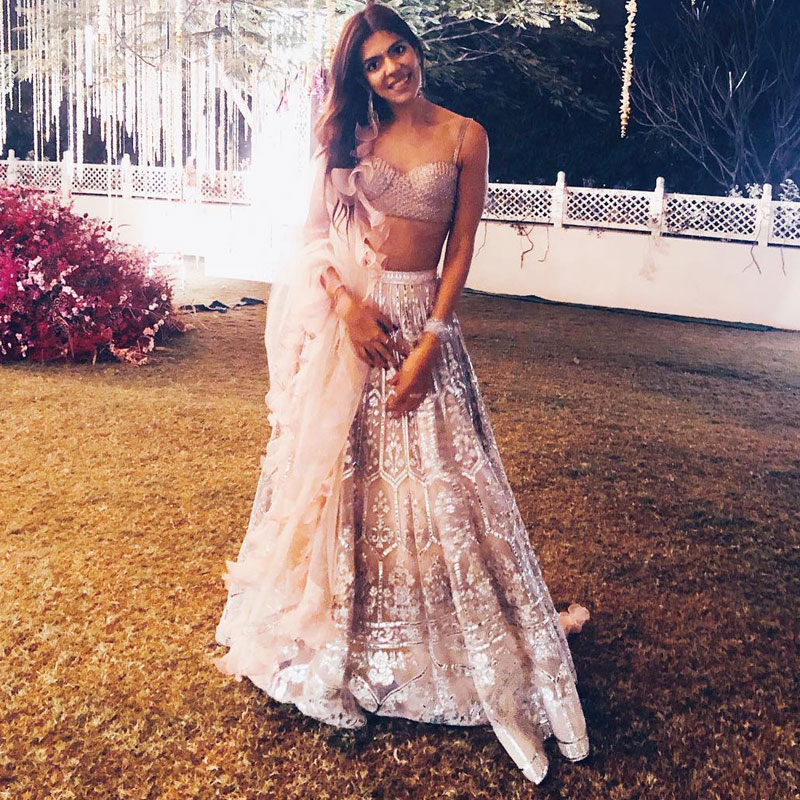 Have you ever been at the receiving end of unwanted labels? Find inspiration in these Vogue India staffers, who talk about how they’ve challenged the tags assigned to them by friends, family, and society.

Society seems to have an opinion on everything women do or say. From being asked to ‘smile more often’ to being regularly called ‘too skinny’ or ‘too fat’ or ‘too loud’, women everywhere are assigned labels because of their personal choices. The question to ask here is simple: who gives society the right to label women so? And why should women give in to the tags created by others at all? To celebrate Women’s Day, we questioned six women who work at Vogue and personify the phrase, #MyLifeMyTag, about how they are defying societal norms and challenging unwelcome taboos. After all, it is empowered women who empower women. 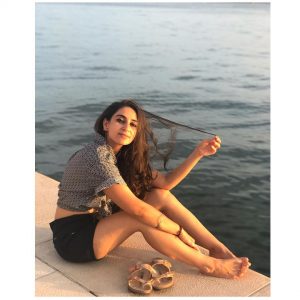 I honestly used to think that one of my worst qualities was that I feel everything intensely and openly—failure, success, joy, sadness… and that makes me care and love too much. I’ve often been told, “Why do you have to be so much?” I ended up resenting myself for being so transparent with how I feel about myself, about others, and how I express this. I often wish I hadn’t communicated my failings, affection and concerns so openly—to the point that I have felt that perhaps I should be more restrained, and that being so vulnerable has made me weak. It has taken me a long time to ‘lean into’ this trait, and I’ve started to see that being self-aware, effusive, emotive and forthright is actually a sign of bravery and strength—not weakness.

Label: “Fashion is superficial career.” “You’re too nice; don’t be so naïve.” 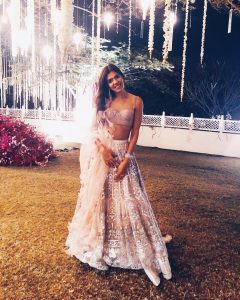 When I first started working, people thought that my job as a stylist was too frivolous. People associate fashion with glamour, but no one understands or recognises the amount of time and energy that we invest in creating those glossy fashion spreads. Right from ideating and designing the mood board to picking outfits and making sure the shoot is organised well, a job in fashion demands hard work and perseverance. Another label that I was unnecessarily given was that of being “too nice.” But years later, I realised that you don’t have to be mean to get your work done. You don’t have to exert authority to show control. It’s cool to be nice. 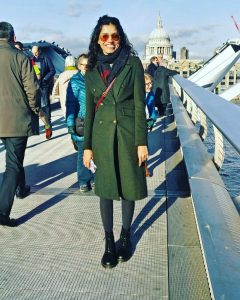 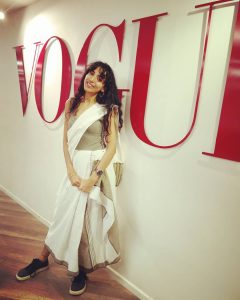 Ever since I was nine years old, I’ve been living alone. First it was boarding school, then it was college; now it’s work. I’ve lived in five different cities and I’ve always found the means to sustain myself. I’ve never asked my parents to support me with a cushioned life. I’ve always been independent, and now this autonomy is so instilled in me that I don’t even feel the need to find a partner. I was also told I looked anorexic because I was too skinny. Little did people know that it was because I ate healthily and avoided eating fried foods. In terms of style, I’ve started wearing saris to work that are styled in an unconventional way to showcase how comfortable the traditional six yards can be for everyday wear. 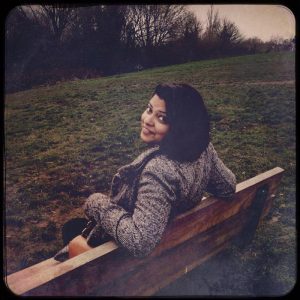 Before I joined Vogue India, I used to handle my own business. But, being a woman, men always gave me a hard time. I would deal with bankers in a male-dominated space, always fending for my own self. It was a tough market to break into. Eventually, I sold my business and moved on. What I wasn’t prepared for was the next phase. In my previous job, a man propositioned me to sit on his lap—a move that would further my career, he promised. I just walked out and reported him to my CEO. In those days, the media space was considered to be an open play field, and women were spoken to in a derogatory manner. I see a glimmer of hope with the #MeToo movement gaining momentum, but professionalism still needs to be learnt by people.

Label: “Why do you need to live alone? Women don’t need to be too independent.” 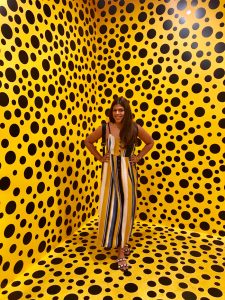 I had never lived on my own—never went abroad to study, never even stepped foot in a neighbouring city without my parents’ approval. I wanted to live alone and experience the sweetness of freedom, so, inspite of a loving and caring family, I moved out of my parents’ home when I was 25. My friend and I decided to move into a rented apartment in the same city. Needless to say, my parents were unhappy and didn’t see the point of this all. And though I promised them I’d stay away for a year, it turned into a total of seven years. I’ve become used to my independence. I’ve moved back to my parents’ home for now, but funnily enough, they have moved out.

Reach out to us at
enquiry.liva@adityabirla.com

Book an appointment to visit and
experience our products

Facing a Problem?
Chat with us